The Retro 51 Vino Tornado was first sold in 2007, but I didn’t hear about it until late 2015 when it was re-issued and sold by the now defunct Paradise Pen Company. The design immediately caught my eye, but it could only be purchased as a $70 pen and pencil set, and, unfortunately, I was really only interested in the pen half. So I put it to the back of my mind, thinking that I’d eventually find someone who wanted to split their set.

A little over a year later, after I’d mostly forgotten about it, Retro 51 announced via social media that the Vino Tornado (pen only) had once again been revived in a limited quantity for Fahrney’s Pens. So, not being one to hesitate, I jumped on the deal.

The Vino is undoubtedly distinct from every other Tornado I own. Unlike many of the Tornado designs, which are mostly lacquered wraps, the barrel of the Vino is made of an entirely different material called, according to the marketing material, ‘durable cork.’ The more truthful description might be artificial cork, which feels quite rubbery and soft. (UPDATE: Retro 51 says that it is indeed authentic cork). However, that doesn’t diminish the design. This material makes it a little more comfortable to hold and a little easier to grip. Additionally, the barrel is textured with cracks and divots, giving it a more realistic look and feel.

Aside from the barrel, the remainder of the design is standard for a Retro 51 Tornado. It has silver accents with a tan finial disc, and it comes equipped with the standard 0.7mm Retro 1951 refill. I’m quite happy to own this Tornado, though it would obviously make a great gift for any wine-enthusiast. It pairs well with a tasting book and fancy bottle of shiraz. 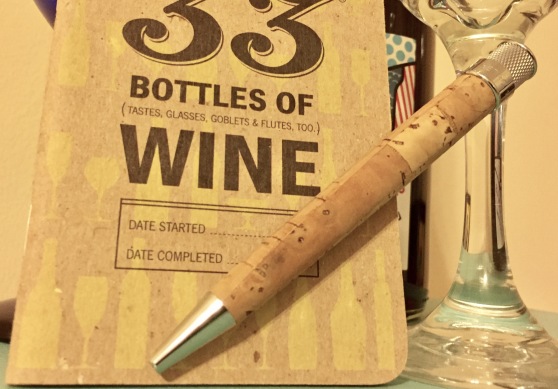